If you’re a manager of people, chances are good that you’ve hired, promoted, and fired people based on employee behaviors that were not necessarily listed on that person’s job description. Which means that you’ve made a workforce decision based on non-task performance. Admittedly, this post has a heavier emphasis on research than most of my others, but that’s because new research came out last month linking intelligence to non-task performance – which is kind of a big deal. Before I dig into those findings and what it means for managers, let’s dig into what non-task performance looks like:

On the positive end — you’ve got discretionary, helping behaviors. 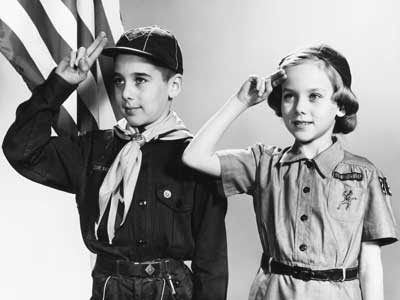 Or organizational citizenship behaviors (OCBs) for my fellow nerds. These are behaviors that help the organization or it’s members. Butthey’renot necessarily part of a person’s job:

Like emptying the office dishwasher,
Making a fresh new pot of coffee when you see it’s running low, or
Volunteering your skills for a project that are not part of your job when you see a colleague is overbooked.

These types of behaviors help the company run smoothly day-to-day. They also help create the type of culture that people look for in potential a employer.

But you’re a hardened pro, so I don’t have to remind you that it’s not all sunshine, cupcakes, and unicorns farting rainbows in corporate ‘merica.

You know that there’s a darker realm of performance… it’s called counterproductive work behavior (CWB). They harm the organization and/or it’s members whether through direct intention or accidentally as collateral damage:

At least, until last month when a new meta-analysis was published in a top journal giving us a broader picture of how intelligence is linked to nontask performance.

Here’s what you need to know:

WHAT THAT MEANS FOR MANAGERS: Organizations using GMA as part of the selection battery are likely to select individuals who will engage in higher task performance and more discretionary behaviors.

WHAT THAT MEANS FOR MANAGERS: Which means that managers should monitor their smart employees just as much as any other employee — while they might assume that smart people are less likely to engage in counterproductive behaviors, it seems that is not the case.

The Art of Racing in the Rain